Parkinson’s disease (PD) is the second most common neurodegenerative disorder after Alzheimer disease.  Unfortunately, the incidence of Parkinson’s disease has not declined, and its impact is seen in all races.  This is due in part to the fact that the population of the world is greater than ever before and increasing. In addition, people are living longer than in previous generations, and the baby boomer generation, one of the largest generations in history, has reached old age.

Risk factors for Parkinson’s disease include:

Age: Risk of Parkinson’s disease increases with age.  The average age of onset for this disease is 55 years and the rate of incidence increases steadily until the age of 90.

Gender: Men have a higher risk for Parkinson’s disease than women.

Family history: Individuals with a family history of PD are at a higher risk for PD. Moreover, it is said that those with affected first-degree relatives double their risk of Parkinson’s disease.

Agricultural work: Individuals exposed to pesticides and herbicides have a greater risk of developing Parkinson’s disease symptoms. Drinking well-water and living in rural areas have also been associated with an increased incidence of Parkinson’s disease.

The exact cause of Parkinson’s disease is unknown.  Regarding the molecular events that lead to the development of this disease, there is still some uncertainty in terms of what causes the neurodegeneration seen in PD. The current hypothesis is that Parkinson’s disease may result from the interaction between environmental factors and genetic susceptibility.

The primary symptoms for PD are deficiencies in motor performance due to the loss of the dopamine pathways in the brain. Decreased dopamine production in the substantia nigra in the brain causes the 4 primary motor symptoms:

Exercise should be targeted for the primary motor symptoms with exercise and occupational therapy to improve quality of life. Recommended program components include:

PD exercise therapy includes intervention with many kinds of exercise modes. Both personal training and group fitness have been successful in helping to manage the disease and reduce the symptoms. There is not strong evidence at this point to show that exercise prevents PD, but it is believed that exercise may play a role.  Exercise is however the mainstay for symptom management and slowing disease development.

Online Course Access Statement
All of our online courses have 6 month full 24/7 access to complete your online program.  The experience is awesome, simple and very digestible for the novice fitness enthusiast. 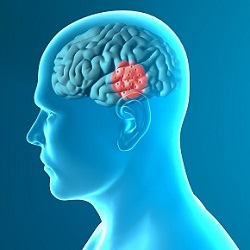