At this time, there is no cure for fatal Alzheimer’s disease and prevention is key to avoiding this 6th leading cause of death in the U.S. Fitness has been found through research to be instrumental in prevention. As the world population continues to grow and live longer, the issues of accompanying cognitive decline, dementia, and fatal Alzheimer’s disease are becoming more prevalent, significantly impacting quality of life, health care systems, and the economy of many countries. This specialist certificate prepares you to provide valuable intervention for clients with the disease, and to help others prevent and delay cognitive decline.

After completing this course, you will be able to:

President and Medical Director Alzheimer’s Research & Prevention Foundation
Dharma Singh Khalsa, M.D., was born in Ohio and was raised in Florida. Since he founded the Alzheimer’s Research and Prevention Foundation (ARPF) in 1993, he has been serving as its President and Medical Director. The ARPF is the original voice in the integrative or holistic medical approach to Alzheimer’s prevention and treatment, and is dedicated to fighting Alzheimer’s disease and finding a cure through research and prevention.

Dr. Khalsa graduated from Creighton University School of Medicine in 1975, and received his postgraduate training in anesthesiology at the University of California, San Francisco where he was chief resident. As chief resident, he conducted highly acclaimed research on anesthesia for cardiac surgery and obstetrical anesthesiology. He is also a graduate of the University of California, Los Angeles Medical Acupuncture for Physicians Program, and has studied mind/body medicine at Harvard Medical School’s Mind/Body Medical Institute. Dr. Khalsa is board certified in anesthesiology and pain management, and he is a diplomat of the American Academy of Anti-Aging Medicine.

In 1987, Dr. Khalsa established the first holistic pain program in the Southwestern United States at Lovelace Medical Center in Albuquerque, New Mexico. In 1990, he was recruited to become the founding director of the Acupuncture, Stress Medicine, and Chronic Pain Program at the University of Arizona, College of Medicine’s teaching hospital in Phoenix. In this position, he became the first director of acupuncture in an American medical school.

After founding the ARPF in 1993, he became the first physician to advocate a lifestyle approach to the prevention and treatment of memory loss, including Alzheimer’s. He is among the world’s leading authorities on integrative medicine, and has written extensively on a wide range of health and healing issues.

Online Course Access Statement
All of our online courses have 6 month full 24/7 access to complete your online program. The experience is awesome, simple and very digestible for the novice fitness enthusiast. 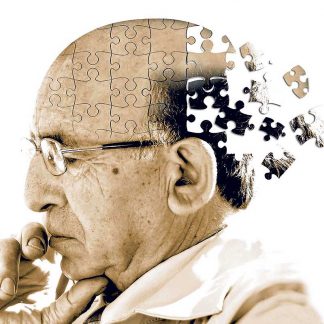 You're viewing: Alzheimer’s Disease Prevention and Intervention $69.95
Add to cart