The incidence of autism in American children has risen dramatically over the past two decades, increasing from one child out of 150 in the year 2000, to one in 59 in 2018, according to the Centers for Disease Control and Prevention (CDC). Those statistics exceed the global average of about one in 161, although the incidence in Western countries worldwide is also on the rise. 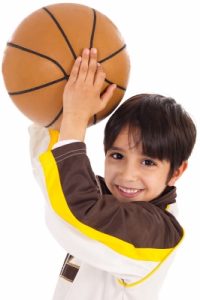 While the underlying cause of autism remains unclear, we do know that children with autism face multiple obstacles that affect their quality of life over the course of their lifespan. According to a report by NPR, during the first two years after high school, two-thirds of young adults with autism were unemployed and had no academic plans for the future. For many autistic adults, unemployment continues well into their 20s.

What is Autism Spectrum Disorder (ASD)?

The spectrum of autism symptoms ranges from mild to severe, and may include one or more of the following:

Autistic children and adults are often socially isolated, and often do not pick up on nuanced social cues.

As the incidence of autism has risen, so has research on ways to help autistic people improve their overall quality of life. Not surprisingly, physical exercise has been found to be one of the most beneficial treatments for ASD. Regular vigorous exercise has been shown to decrease certain stereotypic behaviors in ASD, including hyperactivity, aggression, self-injury, and destructiveness.

Benefits of exercise for people with ASD include:

It is noted that autistic children are often sedentary and vulnerable to weight gain, which adds the problems associated with obesity to an already challenging situation.

One-on-one fitness training may be the best solution for individuals with autism. One study suggests that individual training is more effective in terms of improved motor performance and social skills in both children and adults with ASD, compared to group exercise training (Sowa and Meulenbroek, 2012).

Following are some recommended guidelines for working with people with ASD:

Working with special populations can provide a lucrative niche for your personal training business. Once you establish yourself as an expert in a given area, your business will grow rapidly by word-of-mouth referrals. To identify your niche and grow your special pops client base, get started with W.I.T.S. continuing education online course, Exercise Program Design for Special Populations. Grow your knowledge and grow your business with W.I.T.S.!