Disclaimer: The content disseminated in this article shall not be constituted as medical advice, nor should any of the suppositions set forth supersede the time-sensitive directives enacted by government organizations and public health agencies which are both empirically driven and continually evolving. 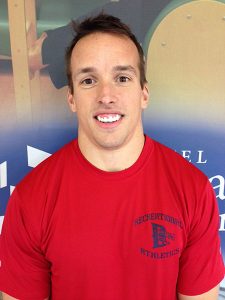 Every aspect of our lives has been seized by ambiguity, uncertainty, and downright worry. Seemingly no societal stone has been left unturned as countless industries have been disrupted resulting in the cancellations of tens of thousands of commercial flights, countless commencement ceremonies, dozens of competitive seasons and respective postseason tournaments, prominently including March Madness, the NBA Finals, and NHL Stanley Cup, while shattering global tourism.

The coronavirus has begun to make its indelible footprint on life as we know it. However, through full adherence to evolving public health measures as a means to “flatten the curve” of growing cases while adopting a resolve of acceptance and adapting under a new set of circumstances, our society can surmount what mainstream media leads everyone to believe as an existential threat to civilization.

According to multiple media sources, this coronavirus strain, also known as COVID-19, initially emerged from the Wuhan region of the Hubei province located in southeastern China. Though conflicting reports prevail precisely from where and how this virus originated.

Coronaviruses are members of the subfamily Coronavirinae in the Coronviridae family under the order of Nidovirales and comprise four genera, or types of viruses, which have been shown to cause gastrointestinal and/or respiratory infections within mammals and birds. They have demonstrated the ability to transfect multiple species, jumping from one host to another through close contact. Additionally, they possess mutative abilities, meaning they can intensify into more virulent iterations of the virus, such as Severe Acute Respiratory Syndrome (SARS) in 2002 and 2003 and Middle East Respiratory Syndrome in 2012 and 2013.

Though persons with the coronavirus exhibit symptoms similar to the flu, both viruses differ in their genomic and virion structures, with the coronavirus bearing doubly greater rates of infection and transmissibility than the flu. The case fatality rate of coronavirus, or the percentage of cases resulting in mortality range from 1.0-3.4% versus 0.1% for the seasonal flu.

Concerningly, no vaccines exist, however, scores of pharmaceutical companies spanning the globe are scrambling to develop one. Within weeks of its emergence in southeastern China, the virus’ genome, or unique strand of genetic information, was culled from an infected subject, helping fast track vaccine development. As of Monday, March 16th, human trials are underway with a vaccine prototype in the Seattle area.

Globally, our access to healthcare and advancements in science are in stark contrast to 1917 when the first wave of the great influenza pandemic hit. A century ago, physicians and scientists only read about viruses and since the electron microscope didn’t make its way to laboratory benches until the early 1940s, there was no way to identify the culprit that claimed the lives of 50 million people.

Further, sanitary practices weren’t as stringent in healthcare settings as they are present day. Poor sanitation, in conjunction with suboptimal personal hygiene and lack of intensive care units and sterile isolation areas, lent themselves to secondary bacteria infections which many theorize, ultimately choked the final breaths from flu-stricken victims.

Chances are, history won’t be repeating itself. Though municipalities that enacted travel constraints and preventive quarantine measures, fared better than cities with lax or non-existent standards during the pandemic, so we can expect continued restrictions to reduce the likelihood of infection.

If one has access to equipment during this time, it is recommended that restraint be employed pertaining to exercise intensity and volume as both have been implicated in temporarily suppressing immune system function as marked by increases in immune cell phenotypes, cortisol, and oxidative stress. Based on the review of the literature, acute singular bouts of exercise at or above lactate threshold (55% of VO2max among untrained individuals; 85% of VO2max among trained individuals) for periods of up to, or more than one hour, contributed to temporary immunosuppression. Regular exercise among individuals has shown to yield immunoprotective benefits. The takeaway here should be, exercise during this time should be regarded as a tool to reinvigorate and recover, not bury and deliberately fatigue. Sparingly perform sets to failure and limit volume at or beyond lactate threshold. Do what is necessary to maintain muscular fitness, such as endurance or hypertrophy, but do not try to force adaptation through grueling training modalities as temporary inflammation and metabolic and oxidative stress may leave you more vulnerable to infection, if exposed to the virus. Alternatively, one can train to improve maximal, or limit strength, since development of this fitness quality is dependent upon neural, not metabolic pathways that elicit heightened metabolic and oxidative stress that can impede immune system functioning. Also, one may engage in submaximal lower intensity steady state cardiovascular exercise without much metabolic or oxidative stress inducing consequences.

This time can be better invested focusing on deficient fitness qualities, such as limit strength, if equipment avails, aerobic fitness, or soft tissue quality, muscular extensibility, flexibility, and stability and motor control, which in concert, can improve movement capacity. Aerobic fitness and movement capacity can be improved simultaneously through hybridized circuits such as the one outlined below:

Repeat 5 times with 1:30 rest between each sequence

Slow wave, or deep sleep, has shown to bolster immune system functioning (1), whereas, deprivation, even for as little as a week, impedes phagocytosis (2), the body’s process of engulfing, internalizing, and processing foreign particles, or antigens, such as viruses and bacteria. Many athletes, fitness enthusiasts, and fitness professionals are sleep deprived. Now is the chance to catch up and get a solid seven to eight per night.

With much of the country under lockdown and some jurisdictions, such as the state of California, restricting person over the 65 from leaving their homes, fitness professionals, especially those who are self-employed, should consider temporarily transitioning to virtual sessions conducted via Skype, Hangout, Blue Jeans, or FaceTime. Many of these applications are free and the majority of modern-day iPhones have FaceTime capabilities. If virtual training arrangements are not possible, fitness professionals should regularly check in with their clients to ensure they are staying on track, helping ease the transition when they will inevitably be meeting with you again.

Investor magnate Warren Buffet has a reputation as a voracious reader, consuming newspapers, novels, and journals in upwards of five hours per day. He attributes much of his success as an investor to possessing a wide breadth of knowledge on a number of subjects and industries. Many fitness professionals fail to reach five hours of reading, or more broadly, professional development per week, let alone per month. Use this time to devour a subject or domain on which you know very little or an area that will help you better service your clients.

Joseph Giandonato, MBA, MS, CSCS presently serves as a Fitness Specialist at the Philadelphia College of Osteopathic Medicine, where he assists with the oversight of recreational and college-wide wellness programming. Giandonato also serves as a part-time faculty member at Eastern University and Chestnut Hill College, where he teaches exercise science electives. Previously, Giandonato served as the Manager of Health Promotion and Wellness at Drexel University where he initiated and implemented the award winning A HEALTHIER U campus wellness initiative. Additionally, Giandonato serves as an instructor for the World Instructor Training Schools, through which he’s helped certify hundreds of personal trainers since 2010.